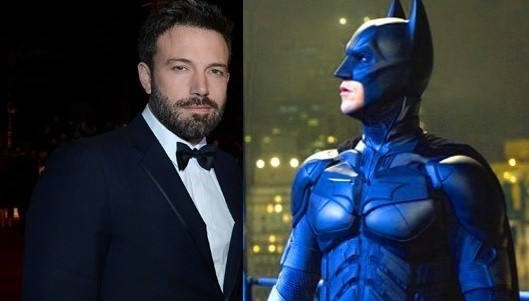 Batman has been cast for the upcoming film that, for the first time ever, joins The Dark Night with The Man of Steel for a live-action big screen movie.

Director Zack Snyder had already announced at this year’s San Diego Comic Con that Henry Cavill would reprise the role of Superman after his well received portrayal of the alien from Krypton, but who would be playing Batman was still a mystery. Many thought that Christian Bale might return one last time even though he made it quite clear after Dark Knight Rises that he was done with the role. Others felt Snyder would go with a relatively unknown actor. Both these views were way off base.

Well, the mystery is now over. The new Batman is Academy Award winner Ben Affleck. Yes, you heard it right, Batman is Affleck! One thing is certain Affleck’s attachment to the project lends itself to both excitement and controversy. Superman-Batman is due for U.S. theatrical release on July 17, 2015.

Let us know what you think of Snyder and Warner Bros. choice.

"Batman: Gotham by Gaslight": A Fun Alternate World Tale
"Batman: Hush" is a fresh take on an iconic comics story
"The Batman": a long ride for just an okay story
Weighing in on Zack Snyder's "Justice League"