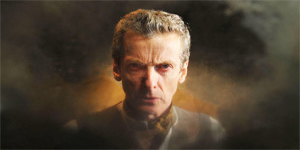 Many have been wondering what Peter Capaldi’s Doctor Who will be like. Having an older Doctor will be a bit strange for those who only know the last three regenerated Doctors. Those passed 40 years of age remember several older gentleman who filled the role quite wonderfully including the first, William Hartnell who was only three years younger (age 53) than Capaldi when he entered the TARDIS 50 years ago.

Current showrunner Steven Moffat has spilled a few beans as to the personality of Doctor #12 in Doctor Who Magazine #464. According to Moffat this Doctor will:

* Be trickier and fiercer than the last three
* Be difficult to take at the beginning, but will grow on the audience (through the eyes of his companion)
* Capaldi will maintain his real Scottish accent
* This Doctor will reveal just how dramatic the regeneration process is on the psyche of the Doctor

Another bit of good news for fans is Jenna-Louise Coleman will remain on as Clara the Doctor’s companion and she develops “a proper old crush” on the elder Doctor.