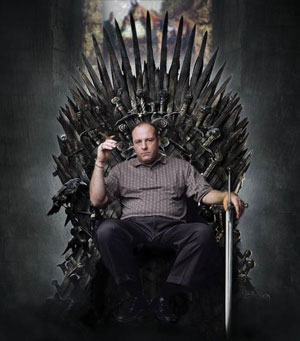 At first glance, the long-running HBO series The Sopranos doesn’t seem to offer much to current sci-fi shows in circulation. A story of an abusive mob boss, played masterfully by recently deceased James Gandolfini (1961-2013), who in turn gets abused by his family relations at home seems far-fetched and reaching, however if you strip away the sci-fi elements of a show like the new Battlestar Galactica, you end up with a similar premise; a strong-willed leader dealing with external threats to a social unit, then that social unit imploding upon itself.

I will endeavor to prove here that the Sopranos, through pure excellence of presentation, raised the bar for everyone… including sci-fi and fantasy shows.

Primarily, you must talk about the show’s quality of production. Simply put, there was a time before The Sopranos on TV and a time after. Everything from the cinematography to the lighting to camera’s line shots were superb and fresh. Unlike shows before it, sometimes you felt like you were hunched over a shoulder of a character, other times seated like another crime figure at the table. And this effect transferred to shows like Fringe and the aforementioned Battlestar Galactica. Camera shots were tight across the view of the agent’s field of vision along crisp scenes of destruction caused by dimension rifts or as the war room in Battlestar Galactica was in full-swing for battle with hostile Cylon forces, the large view of the room would tighten on Adama and then tighten again… seeming like you were an aide passing him intel in the middle of battle.

Another is the show’s importance on family affairs. In the more recent Game of Thrones, similar issues of respect for family and family fidelity were in play, whether it was simply for general appearance sake or not! James Gandolfini played Tony Soprano as the unforgiving mob boss whose own family was tearing him apart at every chance they could. In this manner, he shares a lot of contemporary presence with Charles Dance as Tywin Lannister, head of the powerful House Lannister. Just as Tony’s children are unruly yet begin to show capability as the show progresses, so does Tywin’s and their inability to see that change and ability causes their own pain to increase when dealing with their children’s various plots in the story. But as we saw the evolutions and developments of Tony, we can also see similarities in the various ups and downs of House Stark’s patriarchs. With the recent execution of Robb Stark during the Red Wedding, all eyes now turn to the last adult male. Just as Tony was brought low after the FBI investigation.

Finally, the importance of cable freedoms to sci-fi is vital. ‘The Sopranos’ was a sexy and violent show. I’m not saying that sci-fi needs to be similar. However, some sci-fi needs the freedom to be expressive and be unrestrained by advertising or at least advertising that isn’t afraid to take a risk on a little risky material. Without that freedom of expression, the best stories are hampered, cut-off, choked and drowned in their own potential. 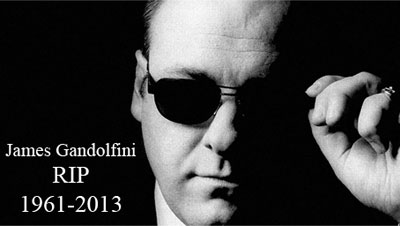