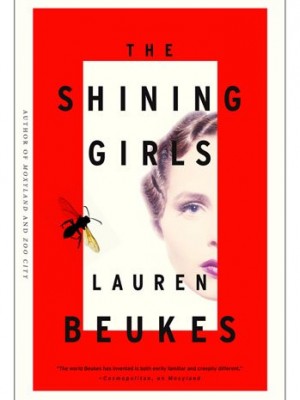 One of the summer’s hottest novels could be coming to your television screen.

Leonardo DiCaprio’s Appian Way and MRC have optioned the rights to Lauren Beukes’ The Shining Girls.

The novel is described as a serial killer time travel story and is one of the summer’s most buzzed about novels. The two production companies are looking to develop the novel for television, according to the Hollywood Reporter.

The novel tells the story of a serial killer named Harper Curtis who discovers a house in Depression-era Chicago that allows him to time travel through the decades. To keep traveling, he must kill “shining girls,” girls burning bright with talent and potential.

One of his victims, Kirby Mazrachi, survives and teams up with an ex-homicide reporter at the Chicago Sun-Times in order to bring the killer to justice.

The novel hit shelves this week.