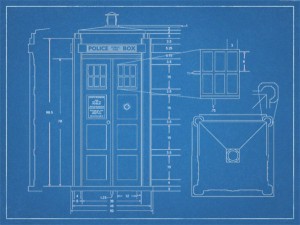 So how do you plan to celebrate fifty years of Doctor Who?

Those are all good ideas, but a set of intrepid fans want to celebrate the big anniversary in an entirely different way — by launching a replica of the TARDIS into outer space.

Using Kickstarter, a group of fans has built a replica TARDIS and is hoping to raise $33,000 to put the replica into Earth’s orbit.

The group says that orbital TARDIS will be one of several items in a rocket payload that is launched into outer space.  Should the group go beyond their goal of $33,000, they will put a larger TARDIS replica into orbit.

If you want to help out, you can do so by clicking on the link above.