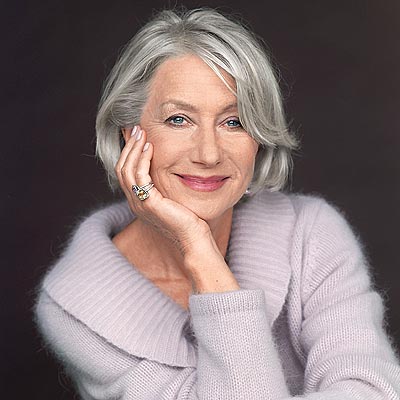 Will the next Doctor Who be a Ms.? That seems to be the enthralling question from every Who fan in the universe these days after Matt Smith back-stepped from his previous announcement that he would be returning to the series then just this past week stating he was now moving on from the role that has made him not only a household name, but one of the all-time favorite actors to have played the Doctor since 1963.

Some fans think it is time for a lady to step in and fill those big shoes that only men have worn for the last 50 years but even more of the faithful say it still isn’t time for that to happen and the show’s main writer, Steven Moffat shouldn’t bow to being politically correct just for PC’s sake and really give it serious thought before jumping headlong into such a decision.

If Moffat does decide to cast a woman as the Doctor he certainly has no shortage of worthy candidates at his disposal. Topping the list of most favored is Academy Award winning actress Helen Mirren. She indicated in a 2011 interview with The Daily Star that she was not only interested in appearing in an episode of Doctor Who but felt it was high time for a female Doctor and she would consider it if offered. “I would like to play the new female Doctor Who, stated Mirren. “I don’t want to just be his sidekick.”

Other actresses that Moffat could consider that run high on fan’s lists are British actress Tilda Swinton (The Chronicles of Narnia: The Voyage of the Dawn Treader), and even Billie Piper, a former Doctor Who companion has been mentioned as a contender, however, that seems highly unlikely. One of the biggest drawbacks to there being a female may be Moffat himself. There are those like journalist Alley Pezanoski who believe Moffat has a less than stellar track record when it comes to writing strong leading women into his stories.

The other drawback for a woman Doctor is the fact that Moffat has so many worthy male actors to choose from that would sell their front teeth for a chance at the role. Some of the men in the top running are Rory Kinnear (of James Bond fame), Rupert Grint (Harry Potter) and then there are the names almost every fan knows and would love to see play the Doctor. There is the number one male contender worldwide thanks to his healthy exposure as “House,” Mr. Hugh Laurie. Even renowned Shakespearean actor Kenneth Branagh’s name has been bandied about for the part. And, finally there is the obvious man of distinction whom everyone got to see as the unregenerate Doctor in this past season finale, Sir John Hurt.

Man or woman one thing is bound to be a reality – come next season fans of Doctor Who are likely to be on the ride of their lives as this five decade long franchise is just getting started and we will see many more regenerations of the Doctor before he or she and the TARDIS are laid to rest.