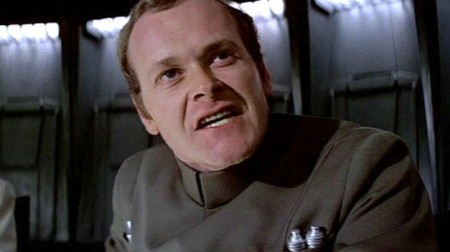 Actor Richard LeParmentier passed away Tuesday in his Texas home, he was 66. You will certainly remember him from Star Wars: IV A New Hope where he played Admiral Motti, aboard the Death Star.

However Richard LeParmentier was in a number of genre films we all know and love beyond Star Wars. Starting with Rollerball his career took him through large and small screen, with appearences in Space 1999, The People That Time Forgot and Superman II; as well as Octopussy and Who Framed Rogger Rabbit.

No matter how large or small the part LeParmentier brought a strong performance to the role, his presence will be missed.