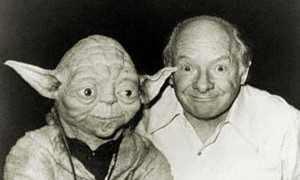 Stuart Freeborn, the pioneering movie makeup artist, died Tuesday in London from a combination of age related ailments. He was 98.

Freeborn’s work is well known and loved by genre fans. Across his six-decade long carreer he was responisble for many well known and loved characters. Freeborn’s work included the two Stanley Kubrick films Doctor Strangelove and 2001: A Space Odyssey, where he was responsible for Peter Sellers’ transformation into multiple characters and the iconic apes from the “Dawn of Man” sequence. 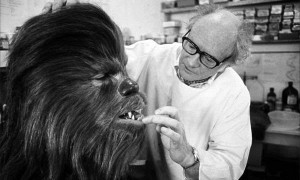 However he may well be best known for his work on Star Wars, creating characters including Yoda, Chewbacca and Jabba the Hutt.

“He brought with him not only decades of experience but boundless creative energy,” Lucas said. “His artistry and craftsmanship will live on forever in the characters he created. His ‘Star Wars’ creatures may be reinterpreted in new forms by new generations, but at their heart, they continue to be what Stuart created for the original films.”