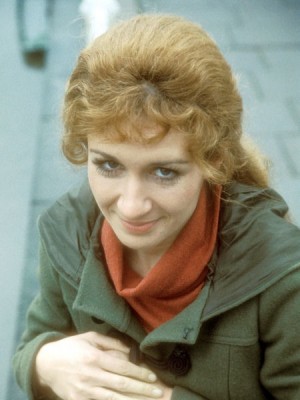 Caroline John, best known in Doctor Who circles for playing companion Elizabeth Shaw, has passed away at the age of 72.

John appeared in one season of the classic series. John was part of Jon Pertwee’s inaugural season as the Doctor in 1970.

John was married to fellow Who alum Geoffrey Beavers, who played the Master in the Tom Baker story “The Keeper of Traken.”

A funeral was held in south-west London on Wednesday for the Yorkshire-born actress.

In recent years, John was seen in episodes of Doctors, Midsomer Murders and Silent Witness.

“Carry was always delighted to return to Liz Shaw and reprised the role several times in our audio series Doctor Who: The Companion Chronicles,” said David Parkinson of Big Finish Productions. “She was a brilliant actress and a lovely, kind soul who was a joy to be around and who was interested in everyone. She will be greatly missed.”

Most of her season is currently available on DVD.