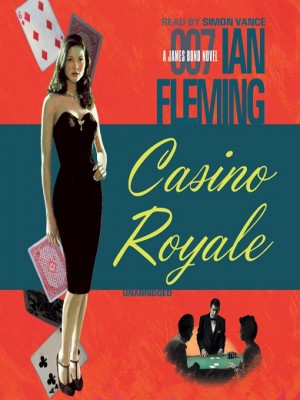 Amazon has acquired the American publishing rights to James Bond.

Amazon.com, Inc.  and Ian Fleming Publications Ltd have signed a ten year agreement to make Amazon Publishing the distributor for Ian Fleming’s writings in North America.  The deal includes the entire run of the Bond novels as well as Fleming’s two works of non-fiction, consisting of a collection of travel writings called Thrilling Cities (1963) and an exposé of the illegal precious stones trade entitled The Diamond Smugglers (1957).

Amazon will being issuing new editions of the novels this summer.

Here’s details from the press release:

“This deal heralds a new phase in Ian Fleming’s publishing story. We are excited to be working with Amazon in North America to bring a new generation of readers to Ian Fleming’s classic novels.”

“We are excited to be using the opportunity of this re-license to introduce Ian Fleming’s books to a broader audience in the USA, and we believe that Amazon Publishing has the ability to place the books back at the heart of the Bond brand, balancing traditional publishing routes with new technologies and new ways of reaching our readers,” said Corinne Turner, Managing Director of Ian Fleming Publications Ltd.

The agreement for the 14 classic James Bond titles includes the first James Bond book in the series, Casino Royale (1953)—which will celebrate 60 years of publication in 2013—as well as Live and Let Die (1954); Moonraker (1955); Diamonds Are Forever (1956); From Russia with Love (1957); Dr. No (1958); Goldfinger (1959); For your Eyes Only (1960); Thunderball (1961); The Spy Who Loved Me (1962); On Her Majesty’s Secret Service (1963); You Only Live Twice (1964); The Man With The Golden Gun (1965) and Octopussy and the Living Daylights (1966). Since their first publication the books have sold over 100 million copies worldwide and have been the inspiration behind the world’s longest-running film franchise. Following Fleming’s death in 1964, Kingsley Amis wrote the next book in the Bond series, Colonel Sun, under the name of Robert Markham. Bond novels have since been written by John Gardner, Raymond Benson, Sebastian Faulks, and Jeffery Deaver.