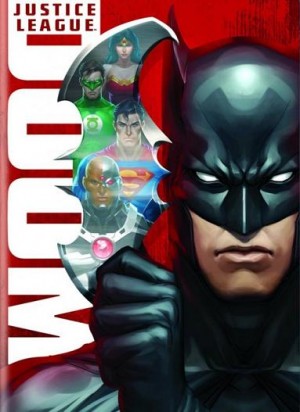 Growing up, I loved the Super Friends, especially the episodes featuring the Legion of Doom.

So when I heard that Warner Brothers Animations’ next DC animated project was a new look at the Justice League vs the Legion of Doom,  my inner seven-year old was pretty stoked about it.

Having seen the just released, direct-to-home-theater Justice League: Doom, my inner seven-year old is pretty satisfied.   It’s just a shame that the older part of me that wanted something a bit deeper or more substantial came away feeling a bit shortchanged.

In many ways, Justice League: Doom is nothing more than extended episode of the Super Friends.  Oh sure, there’s more blood and a bit of swearing, but there’s really not much more depth here than you’d find in your standard Super Friends episode from the classic cartoon run.

Vandal Savage assembles a rogues gallery for each member of the Justice League, offering them ten million dollars each if they will kill or eliminate their nemesis from the League.  Among those assembled are Cheetah, Bane, Star Sapphire and Mirror.   Aided by secret files from the Batcave computer where Batman has analyzed each member of the Justice League and formulated a plan on how to take them out should they become a problem, the League launches a coordinated attack to take out or kill Batman, Superman, Flash, etc.

It’s all part of Savage’s larger plan to enslave the planet Earth. Savage is immortal and has grown bored not ruling over humanity with an iron fist.   He plans to eliminate much of humanity and then enslave the rest to his will with the new Legion of Doom serving as his overlords of sorts.

Throughout Justice League: Doom, my inner seven year old was eating up the story with a spoon.   Savage’s plan to conquer the Earth pays home to the over the top and absurd plans that were an integral part of each Super Friends installment.

However, if you’re hoping for something a bit darker or more substantial to appeal to the grown-up in you, you will probably be disappointed.  Part of this is the short running time of the feature (it’s an hour and fifteen minutes) and part of it is that the rogues gallery aren’t exactly the best-known rogue for each DC hero shown here.  (Of course, not being a huge DC fan, I’d be hard pressed to tell you who is the biggest foe the Flash or Martian Manhunter faces).

Based on the preview on the last release, I was hoping for something a bit darker than what we got here.   Justice League: Doom is enjoyable enough for one viewing, but I honestly don’t see myself returning to to it for a repeat viewing as I have other DC Animated releases.

Note: This review is based on the On Demand rental of Justice League: Doom.