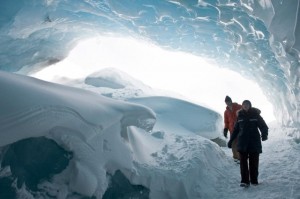 I arrived at the theater with an hour or so to spare, hungry and frazzled from a long day at the office. Dinner was a necessity and, potentially a drink or two before settling in to see the film. The dining options at the Tempe Market Place are daunting and range from authentic BBQ to fast food to a pretty decent steak house that makes a fabulous extra-dry Hendricks martini with scratch-made bleu cheese olives. Dying for the steak house option, but realizing that choice would leave my wallet severely injured and a review unwritten, I noticed Smashburger. “What the hell is a ‘Smashburger’,” I thought.

Upon entering the store, I was greeted with a small, but surprisingly refined menu: several variations of burgers and chicken sandwiches, four different French fry options, hot dogs and deep fried pickles; they also served beer and wine. Score. I ordered a Mushroom and Swiss burger (the Big Smash size), chili cheese fries and a Kilt Lifter, paid and sat down to wait for delivery of my meal.

A friendly employee delivered my meal six minutes later (“We’ll have that out to you in five-to-seven minutes,” the assured me when I ordered) in a wire tray with a wax paper lining; a knife and fork were thoughtfully included for the fries. The burger was elegant in it’s simplicity: a toasted egg bread bun with just the right amount of mayo to both prevent sogginess and add an acidic tang; the deep brown surface shimmering slightly on top from the settled, aerosolized fry-grill grease settling on top. The expertly sautéed fresh mushrooms were smothered in melted Swiss cheese and sitting atop an obviously hand-formed beef patty. I took a bite and it was hot; not “sitting under a heat lamp waiting to be assembled” hot, but “hey, we just pulled this off of the grill and had an Olympic sprinter disgraced for steroid use run it out to you” hot.

After a long pull on the beer to return my tongue to the able-to-taste temperature range, I decided to try the fries. They were crisp, golden, seasoned perfectly, and delicious. The amount of onions and cheese added to the chili was perfect, but the chili itself was amazing. It’s a Texas-style (no beans) chili, but with deep roots in Midwestern flavor; deep-brick, almost black, in color, the balance of spice left the illusion of a very spicy chili, but with every bit of
coriander and cumin highlighted.

In the fullness of time, the lights dimmed, the movie started, and about ten minutes in I was startled (this is billed as a Horror Movie, after all). It was a cheap scare, of course; one of the cliche Horror Movie “Boo!” moments. The lighting and set design was almost a perfect, nostalgic match to “The Thing” (not to be confused with “The Thing” or “The Thing”). From there, the movie progressed, the creature killed, the heroes rallied, I saw a space ship, and the movie ended. I felt cheated. I hadn’t been really horrified, just amazed at the level of grotesqueness of the effects; there was no indication that this was an actual prequel to “The Thing” (not to be… You know the drill).

The credits rolled; I watched and smiled.

“The Thing”: Entertaining, worth a rent, and a good homage to Carpenter’s Cult Classic; the burger was the most memorable thing about the movie. 2.5 stars.

[clarification added for those who are completely missing Tim’s snark]