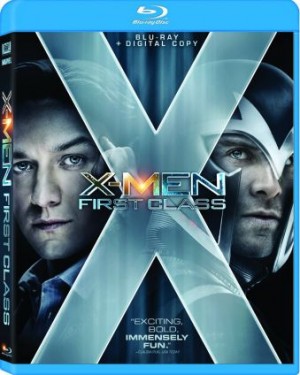 As close to perfect as a superhero movie gets.

In a summer packed with superhero movies, X-Men: First Class stands out as from the crowd as the best comic book movie of the year.

Taking the franchise back to the early days of the famous team, director Matthew Vaughn wisely jettisons much of what frustrated viewers in X-Men: The Last Stand and X-Men Origins: Wolverine.   Rebooting the franchise back to its early days and setting the events in the mid-60’s, X-Men: First Class examines the early days of the mutant team coming together under Charles Xavier and Erik Lehnsherr (better known as Magneto).    Operating with the same energy and enthusiasm we saw in Bryan Singer’s two X-Men installments, First Class easily rivals X-Men 2: X-Men United as the best entry in the franchise.

A lot of this credit goes to the performances and the decisions made by director Vaughn.  A lot of ink has been spilled about actor Michael Fassbender’s work as Magneto.  And while watching the character arc play out on screen is one of the most compelling we’ve seen in a superhero movie in a long while, there’s still another bit of work that is equally as impressive, though not as hyped.  That would be actor Kevin Bacon, who plays the villain of the piece Sebastian Shaw.  As the head of the Hellfire Club, Bacon mesmerizes every time he’s on-screen, disappearing at times into the role.

The film also benefits from its Cold War setting and it draws a bit from the James Bond films of this era as well in look and feel.

It’s the type of movie that could easily have had a lot of little things go wrong, but they never do.  Every decision works and just about every performance in the film is spot-on.

Coming on on DVD and Blu-Ray, audiences will have a chance to discover or re-discover one of the summer’s best movies.  The audio and video are up to the usual high standards for a newly released film, but it’s in the extras where this release really shines.  The most fascinating extra is the isolated score from composer Henry Jackman.  Jackman’s score is one of the many strengths of the film.

There’s also a look behind the scenes at the creation of the film, which will only help you appreciate how good the final product looks and feels.   There’s also the ability to catch-up on the comics that inspired the film with digital comics.    And there’s a nice set of deleted scenes to round out the disc.

But while all these extras are good, it’s the movie itself that will have you putting into your player time and again.   From directing to script to (most of ) the performances, X-Men: First Class is as close to perfect as a summer movie can get.