February 17, 2011 (Silver Spring, Md. ) From the creator of the hit TV series “Buffy the Vampire Slayer” sci-fi savant Joss Whedon delves into the final frontier with “Firefly,” which lands exclusively on the Science Channel on Sunday, March 6 @8pm ET with the airing of the original 2-hour pilot. Immediately following, episode one of the 15-part series will air at 10pm ET. 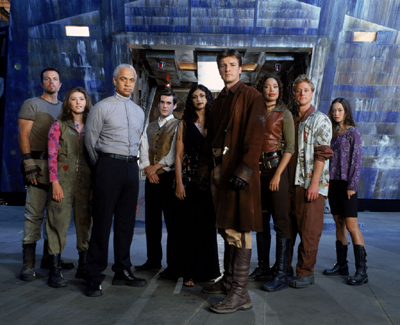 “Firefly” will dominate the airwaves every Sunday with an encore episode of the previous week airing 9pm ET to be followed by the network premiere of the next episode in the series airing at 10pm ET.

As a special treat for “Firefly” fans, star of Science Channel’s “Sci-Fi Science,” and the cofounder of string field theory, Dr. Michio Kaku, will be commentating on the science behind “Firefly” for each episode. From terraforming, to anti-matter, Kaku will be explaining why the science fiction featured in the show really isn’t that far from science fact.

When “Firefly” first aired in 2002, Whedon’s sci-fi western quickly became a cult favorite. Set 500 years in the future, in the aftermath of a universal civil war, the story centers on the renegade crew of a small transport spaceship led by “Castle’s” Nathan Fillion, who directs the ragtag team through adventures into unknown parts of the galaxy, as they try to evade warring factions as well as authority agents out to get them.