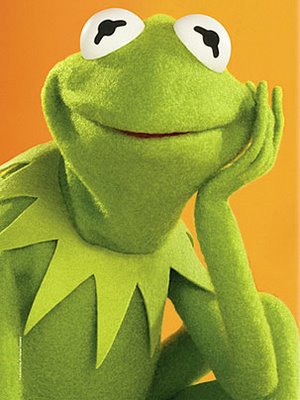 He lamented that it’s not easy being green and he’s entertained generations of children. Now Kermit the Frog is getting a special honor–a place in the Smithsonian’s National Museum of American History.

Jane Henson, the widow of John Henson, donated the original Kermit the Frog to the museum Wednesday, according to the Associated Press.

“It certainly shows the Muppets at the beginning of the career of a large family of entertainers,” Smithsonian curator Dwight Blocker Bowers told the AP. “More than anything, I think it shows the genius of Jim Henson.”

The original Kermit, which made its TV debut on local Washington TV in 1955, is a duller green and is made from an old coat thrown away by Henson’s mom. At the Smithsonian, Kermit joins Henson puppets that inspired Cookie Monster and Oscar the Grouch, as well as a later version of Kermit made famous on Sesame Street and The Muppet Show.

The Henson family, which handles the Muppet’s collection after Jim Henson’s death in 1990, said they hope to give about a dozen more puppets to the museum in the coming years.

“We would like very much to get them out while they’re still in relatively good condition,” Jane Henson told the AP. “I think when you grow up in Washington, you get the feeling that everything important in the country goes to the Smithsonian.”