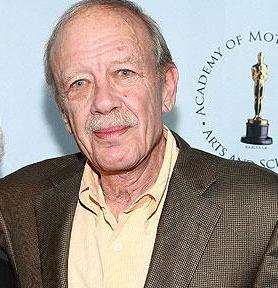 Script writer Tom Mankiewicz, who wrote screenplays for Superman and James Bond, has passed away at the age of 68.

The son of writer-director Joseph L. Mankiewicz and actress Rosa Stradner, Tom Mankiewicz (pictured, with actor Martin Landau, left, at a 2009 AMPAS event) also left his mark on TV, where he co-wrote and directed the pilot for the husband-and-wife mystery series “Hart to Hart,” on which he served as a creative consultant for the show’s five-year run.

His association with Bond began with 1971’s “Diamonds Are Forever,” on which he shared screen credit with Richard Maibaum. His work on a Broadway musical version of “Georgy Girl,” which ran just four performances, attracted the attention of United Artists executive David Picker, who introduced Mankiewicz to Bond producer Albert Broccoli, who used the rewrite to convince Sean Connery to return to the role.

After working with director Peter Yates on “Mother, Jugs and Speed” (1975), he was invited by Yates to do a rewrite on “The Deep,” and though he wasn’t credited on that 1977 film, when it became a hit, it established his reputation as a script doctor.

That led to Richard Donner’s hiring him to overhaul the unwieldy scripts for “Superman” (1978) and “Superman II” (2006). He was credited on both as creative consultant despite a protest from the WGA, which unsuccessfully argued that Mankiewicz hadn’t used its arbitration process.

“Making ‘Superman’ was only possible because when Tom came in, he brought his sense of humor and brought those characters to life,” Donner said. “A lot of people in this town have ‘the gift of gab.’ Tom’s was unique; there was always a true emotional center.”

A graduate of Phillips Exeter Academy and Yale University, Mankiewicz began his film career in 1960 as an assistant director on John Wayne’s “The Comancheros.” In 1964, he received his first on-screen credit as production associate on “The Best Man.”

Two years later, he received his first writing credit with an episode of “Bob Hope Presents the Chrysler Theatre,” where he was listed as “Thomas F. Mankiewicz.” Deciding that moniker was pretentious, he adopted “Tom” for the rest of his career.

Additionally, he served as a consultant on the Peter Falk series “Columbo.”

He was a trustee professor at Chapman University, teaching filmmaking to graduate students. He served as chairman of the board of trustees of the Los Angeles Zoo. And from 1979-80, he was a member of the Academy’s board of governors.

“Tom had lunch at the Palm nearly every day,” said his cousin Josh Mankiewicz, a correspondent for NBC’s “Dateline.” “And if you were lucky enough to have a meal with him, you knew two things would happen — you’d learn something new and Tom would say something extremely funny.”

On Monday, the Palm let Mankiewicz’s regular booth stand empty in his memory.

Survivors also include his brother Christopher, a film producer; his sister Alexandra; his nephew Jason; and a number of cousins, including critic Ben Mankiewicz and writer-producer John Mankiewicz, working in film, television and journalism.