As entertaining as it is powerful 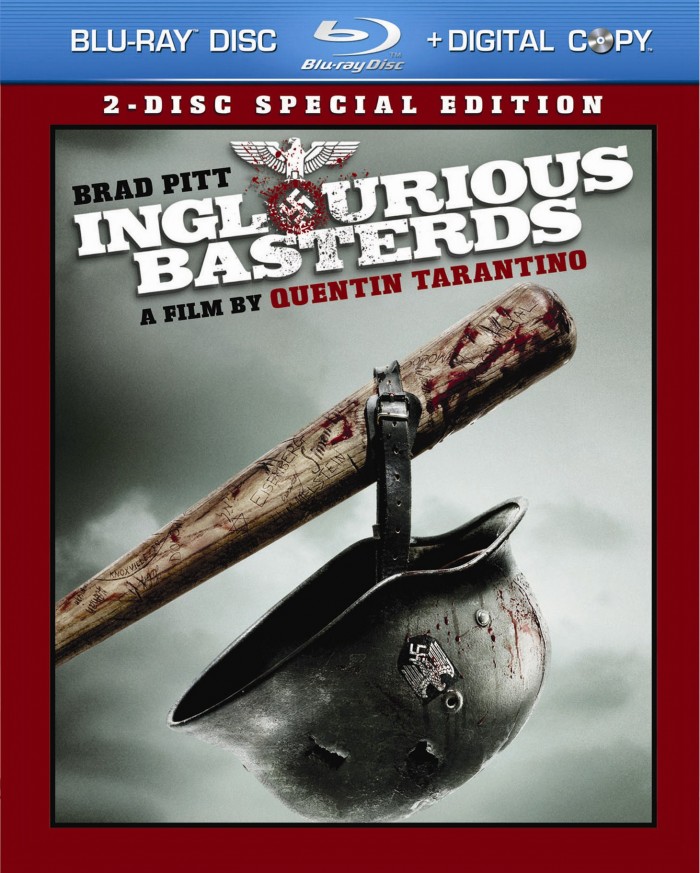 Years in the making, Quentin Tarantino’s World War II epic, Inglorious Basterds, ranks as one of the eclectic auteur’s best works, and his most profitable yet. Starring Brad Pitt as the uproarious Lieutenant Aldo Raine, Inglorious Basterds is as entertaining as it is powerful, featuring fantastical elements that give off the cathartic release that many felt missing from the second great war’s actual finale.

Opening with the title card “Once upon a time in a Nazi occupied France…” Tarantino doesn’t try to hide the fact that Inglorious Basterds is a fantasy war movie. Divided into five chapters, Tarantino explores the film’s three central characters: the aforementioned Aldo Raine, the maniacal and calculating Colonel Hans Landa (Christoph Waltz), and the vengeful theater owner Shosanna Dreyfus (Melanie Laurent). When Raine and his team of Jewish American soldiers, aptly nicknamed “The Basterds”, learn that there is a chance to take out the majority of the German High Command at a movie premiere to be held in Dreyfus’ cinema, the destinies of these three characters lives become entangled in an explosive and unforgettable final act.

Audiences will likely walk away from Inglorious Basterds with three initial, knee-jerk reactions. The first will be that nearly every character in the movie is rich and performed with eloquence. Tarantino’s script and trademark dialogue really shine. The second will be the euphoria left over from the incredible third act, which culminates with phenomenal plot twists, explosive action and some ingenious hilarity. Finally, but most troubling, is that Inglorious Basterds could have easily been Tarantino’s best directorial effort to date had it not been muddled down by weak editing.

Don’t get me wrong; Sally Menke is one of Hollywood’s best editors. However, her collaborative relationship with Tarantino, which has existed for the better part of two decades, should soon come to a close. Surely everyone can recall the bogged down bar scene in Death Proof, which single-handedly killed all the momentum built from its Grindhouse counterpart, Planet Terror. Again Tarantino’s inability to accurately observe when his dialogue is bogging down the movie kills the pacing of Inglorious Basterds in its third and fourth chapters, and Menke, whose responsibility it is to make the director aware of this, has again failed to overrule the director’s eccentric love for his own material, robbing the picture of its full potential.

On a happier note, the Inglorious Basterds BluRay looks better than ever. The outstanding visuals translate beautifully into 1080p high definition and the disc comes with some fun special features to boot. Included is the full “movie within a movie”, Eli Roth’s Nation’s Pride, which is the catalyst propaganda picture in the narrative of Inglorious Basterds. Also included is an amusing, behind the scenes look at the picture where Roth acts as a flamboyant German director. Also included is an in depth discussion with Tarantino and star, Brad Pitt and a look at how the original Inglorious Bastards inspired Tarantino’s latest production.