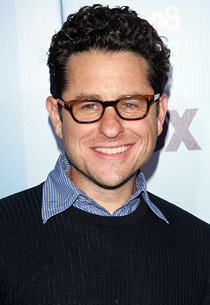 Our partner site, TV Guide On-Line has an interview with J.J. Abrams.   In the interview, Abrams talks about his work on “Lost,” “Fringe” and a lot of our other favorite dramas.

TVGuide.com: Tell me why you think your TV shows have connected with audiences. What’s the secret J.J. Abrams ingredient?
J.J. Abrams: I try to work on shows that I would want to watch. It’s really something I don’t know if I can quantify and probably wouldn’t want to, but I can say you know it when you see it. It’s like finding the person you want to marry. I guess I could say things like characters you relate to, situations that are extraordinary, you can say the obvious dumb stuff, but at the end of the day you either feel like, oooh, that’s something, or you don’t.

TVGuide.com: How is TV different now than at the start of the decade?
Abrams: Obviously with the Internet and increased access to other means of watching shows, the audience has dispersed and is all over the place and that is a challenge.

On the other hand, online there are more ways for people to watch, and while everyone scrambles to figure out how to monetize that, the community of fans is more connected and more vocal and there’s more of a dialogue that’s undeniable between filmmakers and storytellers and producers and their audience.

I feel like, since the beginning, I’ve always tried to be aware of the audience. If you’re doing a play and you hear and feel and experience a certain reaction, positive or negative, that ends up being a component of what you do next time.The Internet now provides an immediate and very clear consensus of what it is that the audience is experiencing. It’s something that you should never let lead you, and yet at the same time, you should never ignore it.

TVGuide.com: Almost every one of your shows has had a strong female protagonist. Why is that? Should we be to the point where people like me stop asking that question?
Abrams: It’s a funny thing. I don’t try and write strong female characters or strong male characters, I just try and write, hopefully, strong characters and sometimes they happen to be female. I don’t know why the question doesn’t come up about men as well. While Alias was definitely about a woman, I don’t think that question would’ve come up had it been about a man.

Also, I have a mother who was a lawyer, author and producer, and she’s a very strong woman, and my wife is incredibly political and socially active and she’s far stronger and smarter than I’ll ever be. I seem to have surrounded myself over the years with women who are outspoken and inspirationally strong and I do feel like that’s something that I’m sometimes more drawn to, because it’s a combination of strength and vulnerability that is a little easier to access with female characters than male characters.

TVGuide.com: Who or what inspired you in this business?
Abrams: The Twilight Zone was my favorite TV show, and growing up, that was sort of the ultimate combination of character and genre and emotion and pulp and it was just like, it just spoke to me in a crazy, profound way. In terms of film, there are all sorts of movies that I love and certainly Steven Spielberg is the director whose work I probably am most floored by consistently.

In many ways, he did a lot of what it is Rod Serling did [with The Twilight Zone]. When you look at the work that both of them have done, they’ve combined insane, extraordinary, out-of-this-world situations with characters that you completely connect with, that you become, that your heart breaks for, and it allows you to go through these often ridiculous scenarios completely believably. And that is something that whether it’s something like Felicity or something as weird and bizarre as Fringe, those are the kinds of qualities for me that I think are critical components to my favorite kind of stories.