If you enjoy subjecting your youngsters to mindless entertainment, Ice Age 3: Dawn of the Dinosaurs is a safe bet. 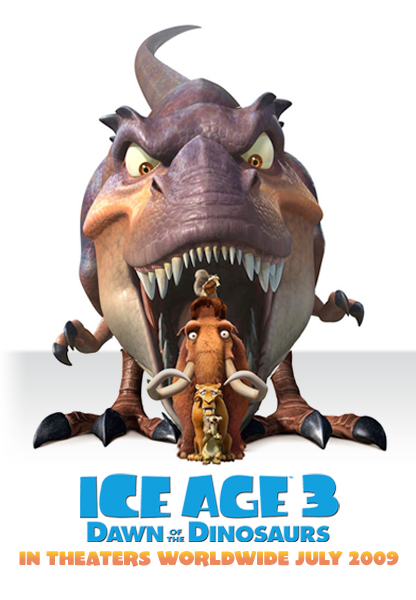 Ice Age 3: Dawn of the Dinosaurs

While the Ice Age series has never been known for classy storylines, the third installment, Dawn of the Dinosaurs took the franchise into a whole new dimension. Offering spectacular action sequences in the third dimension that made the film a smash in theaters, Ice Age 3 offers the at home viewer very little in terms of difference from previous installments.

While the movie looks beautiful in 1080p BluRay, the brains of the movie are a bit lacking. Ice Age 3 writes off the glaring historical inaccuracies with fantastic elements, that dinosaurs have survived the Ice Age in a “center of the Earth” like environment. The jokes are just as contrived, targeting a much younger audience than most Pixar films.

The BluRay set includes a wooly mammoth sized amount of extras as well as a DVD and Digital Copy of the movie. If you enjoy subjecting your youngsters to mindless entertainment, Ice Age 3: Dawn of the Dinosaurs is a safe bet.

Ruins the good will and momentum that the original sequel built for the series.

Moving the franchise in the wrong direction, Wrong Turn 3: Left for Dead ruins the good will and momentum that the original sequel built for the series.

Again following a group of doomed folk into the villainous, cannibal country of West Virginia, Left for Dead is not nearly as inspired as the last installment, which was a funny twist on a reality show gone awry. Now, a prison transport bus, carrying some hardened felons, and even worse actors, is wrecked, leaving them victims for our mutated killers.

While some of the kills are amusing, the best being an arrow through a perfectly placed nipple, Wrong Turn 3 relies too much on computer animation to round out the gore. And any horror buff knows, a movie that is lacking in story and performances better have some awesome effects or camp to carry the picture. Sadly, audiences hoping for this with Wrong Turn 3 will be, ahem, Left for Dead.