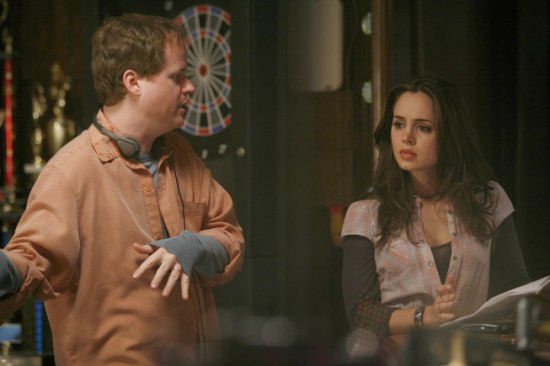 Yesterday we brought you news that Fox has decided to pull “Dollhouse” for the November sweeps period.

We’ll have a lot of great information on the current season and Fox’s decision to run the entire run of episodes on tomorrow’s Slice of SciFi.

But while you wait for that, here’s what series creator Joss Whedon had to say about the delay.

“Howzabout that schedule? Well, I’m not as depressed as everyone else. We weren’t about to rock sweeps anyway, and though there’s a chilly November, December is CRAZY. It’s like an Advent calendar of episodes! We get November to try to spread the word (which I’ll be leaning on Fox to do, though it’s hard to imagine them doing as good a job as the WhyIWatch guy) and then December is pure gluttony. Plus the episodes line up extremely well in these pairs, and we’ll have an absurdly appropriate lead-in,” Whedon wrote over at Whedonesque. “Back to breaking Tim’s [Minear] episode. Keep the faith, peeps. I’ll bring you news (and hopefully a little humor, I mean would it kill me to punch these up a little?) when I can. -j joss.”

Well, at least Joss has a good sense of humor about these things….