“While X-Men Origins: Wolverine certainly disappointed the legions of Marvel fans out there, the Hugh Jackman action vehicle fared well at the box office….” 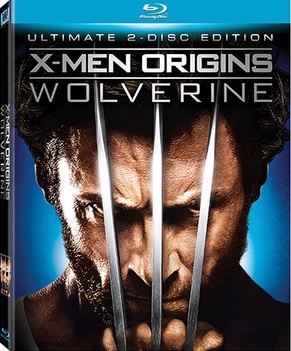 Twentieth Century Fox isn’t the only studio hoping to bank on the immense popularity of Marvel Comics‘ favorite team of superheroes, The X-Men. With the release of the latest feature film, X-Men Origins: Wolverine, on DVD and BluRay, a few other X-discs are hitting the streets that are also worth a look.

While X-Men Origins: Wolverine certainly disappointed the legions of Marvel fans out there, the Hugh Jackman action vehicle fared well at the box office and the charm of the lead helped transcend some of the picture’s pratfalls. Chronicling the history behind Marvel Comics’ most popular superhero, X-Men Origins: Wolverine not only shows the evolution in the character, but more importantly, how Logan came to have a skeleton made of Adamantium, the strongest metal alloy in the world, and how he lost his memory.

Comic fans, and anyone who is at least thinking about the rules that have been established by the picture up to this point, will be frustrated with how the film handles the sensitive issue of Logan’s memory loss. Plus the picture’s ultimate villain will have anyone who appreciates the comics infuriated with its complete and utter disregard for the character’s history.

Luckily Fox has made an incredible BluRay disc that overcomes the movies faults. Highlighted by amazing audio and visuals and chalk full of excellent special features that break down everything from the film’s big effects scenes to small character details, X-Men Origins: Wolverine also debuts a new feature, “Live Look Up”. This handy tool allows you to connect to the Internet at any time while watching X-Men Origins: Wolverine, connecting you to the Internet Movie Database. From there you can see what any of the actors from the movie are up to, from older projects to upcoming ones! A very handy program that will solve the “Oh I know that actor! Where is he from?” dilemma that happens all too often.

Also out this week, Disney has unleashed the second batch of DVDs for X-Men: The Animated Series! While the audio and video hasn’t been preserved well, these faithful adaptations of the X-Men comics are sure to please enthusiasts as well as viewers who grew up with the series.

Included on Volumes 3 and 4 are some of the best storylines in X-Men history including The Dark Phoenix saga and Weapon X and introduces new characters like Nightcrawler! For the low asking price, these wonderful, nostalgic DVDs are a must for any X-fan!