The makers of the upcoming horror movie, “Sorority Row” want to make sure they pay homage to the slasher movies of the 80’s.  So that means when you head out to see the movie, you’ll get the requiste amount of blood and gore as well as the requisite amount of female nudity.

“Certainly, making an R-rated horror movie, you have that expectation,” director Stewart Hendler told SciFi Wire. “You want to deliver to your audience, hopefully do that in a way that’s remotely tasteful and equal-opportunity. There are a lot of shirtless dudes running around. We try to give something for everyone.”

The potential for nude scenes  didn’t necessarily bother the female leads of the film, though some were quicker to appear in the buff than others.

“I’m all for showing boobies to the audience,” actress Leah Pipes joked. “I didn’t show my own because, honestly, they’re AAs and people would leave the theater. So we had to hire other women with beautiful breasts, and I made them take their clothes off. For you, for all of you. So you’re welcome.”

However, those of you hoping ror a lot of entries about the actresses on Mr. Skin may be disappointed.  Actress Jamie Chung says that much of the film’s nudity comes from the background extras and bit players disrobing.  She said that two scenes that could involve her character being nude were tastefully and respectfully handled by Hendler.

“They were very understanding,” Chung continued. “The one thing that Stewart and the producers were fantastic about was ‘If you’re not comfortable with this, you don’t have to do it.’ If it’s a little tease and I’m covered, it’s fine. [My character] Claire is a little risqué.”

The movie opens in theaters on September 11.

McGillis, who is best known for her work in “Top Gun” and “Witness,” will join the cast of “Stake Land.”  Described as an “epic vampire road flick,” the movie  takes place following a global spread of vampirism.

McGillis will play a nun who allies herself with a small team of survivorsas they make a treacherous journey north to safety through the war-torn U.S. McGillis’ character, “Sister,” faces a crisis of faith during the vampire bloodshed, ultimately taking up arms to do battle with her newly formed family unit.

The wife of Japan’s newly elected prime minister claims she’s been to Venus according to Reuters.

Miyuki Hatoyama, the wife of Yukio Hatoyama, wrote about the visit in her book,  “Very Strange Things I’ve Encountered.”

“While my body was asleep, I think my soul rode on a triangular-shaped UFO and went to Venus,” she says in a book published last year entitled Very Strange Things I’ve Encountered. “It was a very beautiful place, and very green,” she wrote.

Mrs. Hatoyama, an actress who had previously performed in the all-female Takarazuka Revue musical theater troupe, went on to write that while her husband at the time of her trip to Venus advised her the experience was just a dream, her current husband would say of her journey, “Oh, that’s great!”

The Times of India reports that Mrs. Hatoyama very much wants to make a movie with Tom Cruise, because she knows “he was a Japanese in a previous life.”

The character originated in 1983 in Omega Men, written by Roger Slifer and Keith Giffen, and has had several comic incarnations since then. In the film, he is a 7-foot-tall, blue-skinned, indestructible and heavily muscled anti-hero who rides a pimped-out motorcycle and lands on Earth in search of four fugitives who are bent on wreaking havoc. Lobo teams with a small-town teenage girl to stop the creatures. WB is aiming for a PG-13 rating.

Production on the film will begin later this year. 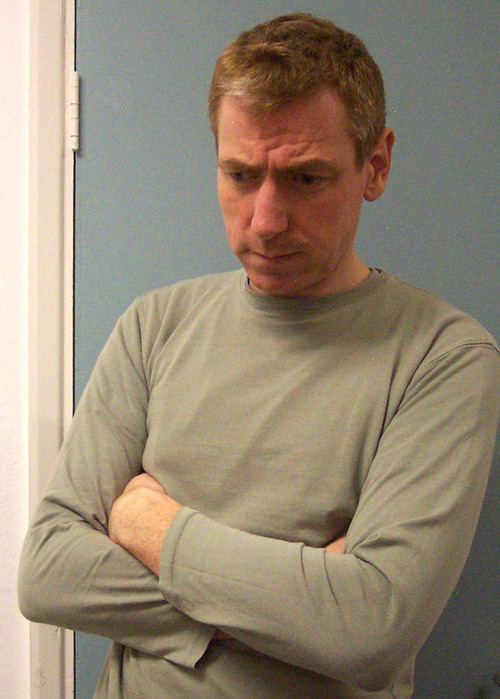 After years of creating heroes on the printed page, comic book artist Chris Weston was one yesterday. The artist, who has worked on titles for just about every comic publisher out there, was in a bank yesterday when he helped thwart a bank robbery.

While visiting his bank to pay a credit-card bill, “this extremely charismatic fellow in the queue ahead of me … proceeded to say something to the girl behind the counter that persuaded her to hand over loads of money,” Weston wrote on his blog.

Unfortunately for the alleged perpetrator, he’d chosen to undertake his villainy in the presence of something far more dangerous to him than a superhero—he was caught by the watchful eyes of a professional comics artist!

“I’d studied this guy quite intensely and could remember every detail of his likeness and clothes,” wrote Weston. So after first rushing home to get what he’d seen down on paper, he returned to the scene of the crime and showed the officers what he’d sketched.

“I held up my drawings, and the policeman’s eyes widened with astonishment! ‘That’s him!’ he spluttered,” wrote Weston. “Seems they’d already picked up a suspect who matched my drawings exactly. I then spent the afternoon giving a statement … but I can’t really expand on the situation any further than that for obvious reasons.”

As firefighters continue to battle the wild fires raging out of control in Southern California, movie fans breathed a sigh of relief yesterday. The path of the fires nearly burned the house and neighborhood used to film the 1983 classic, “E.T.”

According to reports, flames from the fires were headed toward 7121 Lonzo St. in Tujunga, which served as the residence of Elliot (Henry Thomas) and Gertie (Drew Barrymore) in the 1981 Steven Spielberg film and sits on a cul-de-sac with hills in the back. Later in the afternoon, AP reported that the fire was receding, with the owner of the house no longer being able to see the flames.

Tony Piwowar, who has lived in the house since 1987, says the charred hill behind it in the Seven Hills neighborhood now looks like ‘the surface of the moon.'” Piwowar says he evacuated his wife and pets, but stayed behind with his son to monitor the fire.

EW’s Michael Ausiello reports that former “Smallville” actress Kristen Kruek will join the cast of “Chuck” this year in a recurring role.

Kruek will play Hannah, a woman Chuck meets on a flight from Paris. She may serve as a love interest for not only Chuck but also his buddy Morgan.