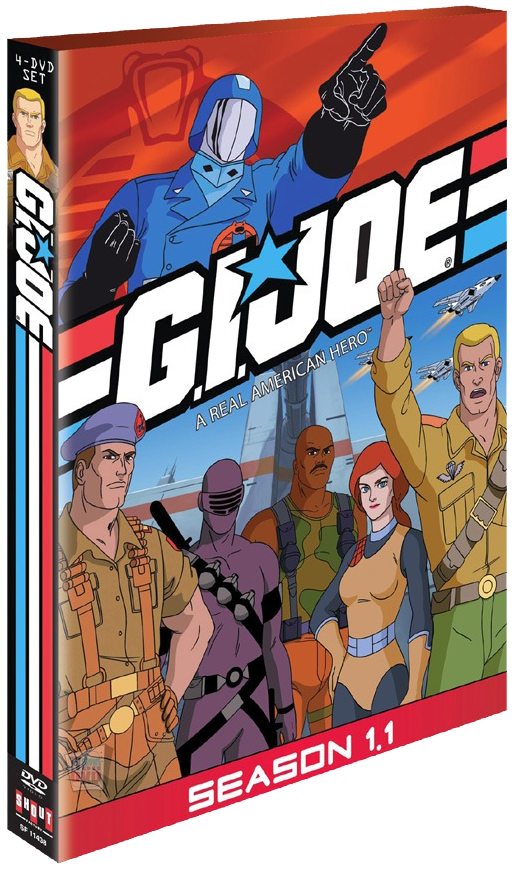 Collecting nearly 230 million in a week, Transformers: Revenge of the Fallen has put Paramount in the drivers seat as far as which studio will rule the summer box office. With another Hasbro toy line waiting to make it’s big screen debut just down the road, G.I. Joe should help make the studio the clear cut winner this season.

With the promise of the theatrical releases enticing fans both old and new to the franchises, Shout Factory has decided to capitalize and release the television shows that helped spawn a generation of fans by issuing on DVD the complete first seasons of Transformers: More Than Meets the Eye and G.I. Joe: A Real American Hero.

Turning the toy industry on its head with its ingenious blend of cross marketing, Hasbro was able to make both G.I. Joe and Transformers enduring brand names thanks to classic storylines that permeated the small screen throughout the eighties. Even though the stories are a bit dated, and the animation slightly rigid, there is no doubt that for true fans of both franchises these are must own DVDs.

Shout Factory has done an excellent job with the presentation of both discs. Not only will the packaging get the inner child in you excited, the special features are outstanding. Included on both are retrospectives, printable scripts, toy commercials, and most importantly, the “Knowing Is Half The Battle” public service announcements from G.I. Joe.

Whether the theatrical updates to these classic franchise hold up our not, rest assured, you’ve never seen the television programs you loved growing up look any better then they do on DVD.