Purchase a copy of “The Strain.”

A modern day retelling of “Dracula” 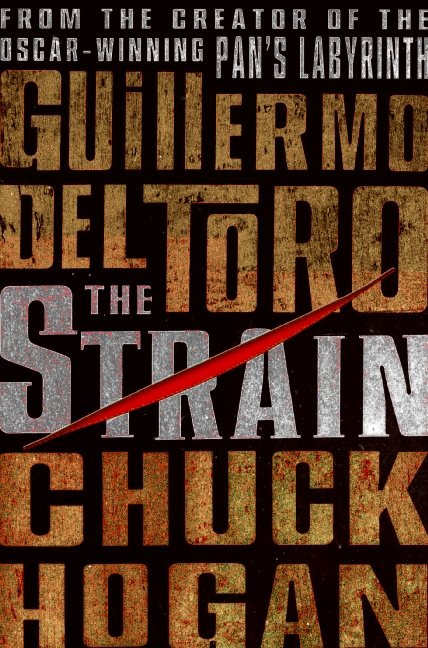 Guillermo del Toro and Chuck Hogan originally conceived “The Strain” as a serialized television series for the Fox network.  After Fox execs balked at the original vision, insisting the writers inject more humor into the storyline of a modern-day vampire apocolypse, del Toro and Hogan decided to take their toys and go home.  Rather than create a movie version of this modern day retelling of “Dracula,” the two decided to go literary.

The result is a new trilogy of books, the first of which debuts this summer and is called “The Strain.”

And it’s one hell of a scary, thrillride.

The story’s television roots show throughout the novel with a huge cast introduced early in the story, many of whom are vampire-fodder by the mid-point of the story.  Del Toro and Hogan’s characters aren’t exactly deep, but we do get to know them enough to care for them, even as many of them succumb to the mysterious new virus that is infecting New Yorkers.

“The Strain” is a scary book that comes along at the right time.  Del Toro and Hogan’s decision to have vampirism spread not through one vampire creating another via bites but as an airborn pathogen is particularily chilling in the time of the H1N1 scare.   The story more than chillingly describes how the virus takes over its human hosts, rapidly transforming them into undead vampires.   And because this is a book with only the special effects limits of your own imagination, be prepared for to be grossed out at times.

You should also be prepared for some unrelentingly creepy moments.  The novel’s opening scenes with a jet plane sitting on the tarmac at New York airport, silent and completely dark are among some of the more unnerving moments in the book.

And while “The Strain” clearly owes an enormous debt to both “Dracula” and “The Stand,” it’s not quite in the same league as either one.  While the novel is populated by a sprawling, diverse cast of characters, many of them are two-dimensional, at best.   “The Stand” spent time developing its characters in its virus-induced apocolypse, making many of them cannon-fodder over the course of the story but still getting us to care about them.  “The Strain” has an equally high body count, but you won’t find yourself as invested in many of the characters here.

However, the pace and horror of what’s unfolding will keep you reading this one.  If your only love of vampires is those created by Stephenie Meyer, then you’ll want to skip this one.   “The Strain” returns vampires to the dark, scary recesses of the imagination, where they belong.