Here’s a little something for our “Twilight” fans out there. “USA Today” has an exclusive first look at the young actors chosen to be part of werewolf Jacob’s wolf pack when the sequel, “New Moon” hits theaters later this year. 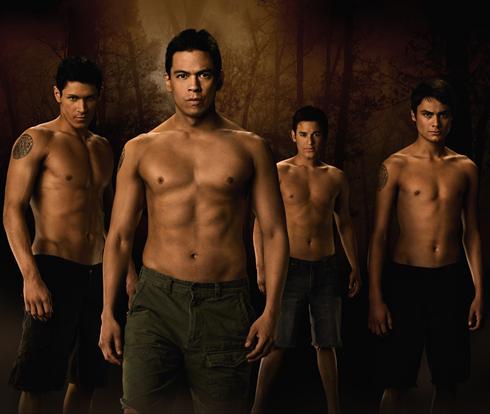 Actor Chaske Spencer, Alex Meraz, Kiowa Gordon and Bronson Pelletier are all of Native-American heritage and will join Taylor Lautner as Jacob in the upcoming film.

Among wolf pack job requirements: the ability to work half-naked no matter what the weather in the Vancouver, B.C., area, where the film has been shooting for several weeks.

“It’s not pleasant for the actors,” says director Chris Weitz. “But they have all been good-natured. They show up on location in drenching, cold rain, and I say, ‘OK, off with the robes.’ “