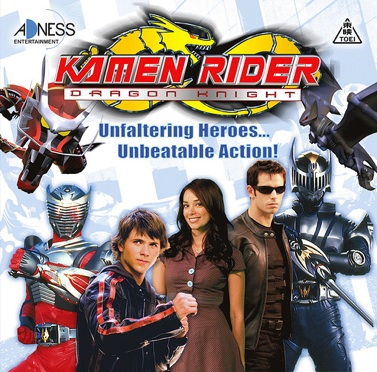 Krazy Joe’s Punch in the Junk: Joe’s back and his swift fist of justice lands squarely on the writer for the “Life on Mars” finale. Seems Joe wasn’t happy with the ending….

Slice of Trivia: This week Kurt in St. George tests the studio crew and you with three new clips. Email your clips to Kurt at sliceoftrivia@gmail.com. Your entries could get picked and played on the show.

TV Talk: This week’s TV Talk has a huge SPOILERS for “Terminator: The Sarah Connor Chronicles.” If you missed the penultimate episode of the season and some of the huge events that happened, you may want to skip this part of the show.

Interview: This week, Mike and Summer talk to Steve and Michael Wang, the creators and producers of “Kamen Rider: Dragon Knight”