“If Iron Man sparked the hopes and dreams of that little kid inside all of us, Hulk will make you want to grab your old Tonka trucks and go SMASH!” 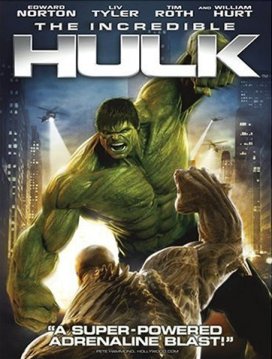 Hulk is just short of incredible. It’s everything a comic-book fan could ever want from a superhero movie, and more specifically a Hulk movie. It has fantastic action, a rousing climax and a classic love story. Zak Penn and Edward Norton penned a fantastic script that Louis Leterrier, one of Luc Besson’s protégés, stepped up to the plate for and knocked it out of the park.

From the fantastic opening homage, which puts Ang Lee’s artistic mess to shame in just a few short minutes, to the sweeping shots of Bruce Banner’s remote South American hideaway, The Incredible Hulk takes you to some fantastic places cinematically, before bringing it home for an epic confrontation on the streets of New York.

If Iron Man sparked the hopes and dreams of that little kid inside all of us, Hulk will make you want to grab your old Tonka trucks and go SMASH! Just like Transformers made us ogle over the spectacle of things going boom, Hulk will make you remember how fun destruction truly is.

How ferocious is the action? Let’s just say when the climax is unleashed you won’t know what hit you. Critics are comparing the picture to Cloverfield, and while the final confrontation is set in New York, that comparison is otherwise unfair. Had Louis Leterrier had two-ton monsters to play with in Unleashed, that film would look something like The Incredible Hulk. Stylistically and tonally Hulk matches Leterrier’s Jet Li martial arts extravaganza far better.

On DVD and BluRay The Incredible Hulk comes home in three versions, however the Collector’s Editions come jam packed with Marvel goodies that fans should love. Each disc features a gorgeous transfer and a coveted deleted scene with a glimpse of Captain America, but the Collector’s Edition DVD and BluRay offer a plethora of making of documentaries that film fans will drool over. A great disc for an incredible movie, Marvel and Universal have made a DVD and BluRay well worth your hard earned dollar.