Actor/writer Robin Dunne stars as psychiatrist Will Zimmerman in the highly anticipated SCI FI Channel series Sanctuary. The show, part science and part supernatural, follows the exploits of a mysterious physician and scientist who seeks out all manner of extraordinary and terrifying creatures to study them and redefine the reality in which we live. The series was originally developed for the internet and ran on the web before being acquired by SCI FI to produce original episodes. This year, Dunne also appeared in the film “Jack and Jill vs The World” alongside Freddie Prinze Jr. 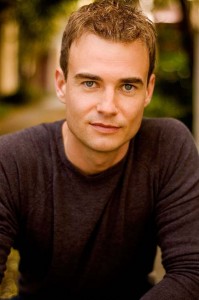 Born in Toronto, Canada, Dunne attended Etobicoke School of the Arts, a performing arts high school. In 1994, Dunne got his first major television role, playing the troubled son of Judith Light in “Against their Will: Women in Prison.” This first break led to pivotal roles in other telefilms such as “Brother’s Destiny,” “Love and Betrayal: The Mia Farrow Story,” “A Husband a Wife and Lover,” “Mark Twain’s Roughing It,” and “Codebreakers.” In 1998 Dunne landed a role in the John Woo-produced blockbuster “The Big Hit” opposite Mark Wahlberg, Lou Diamond Phillips and Christina Applegate. Dunne’s feature films include “Borderline Normal,” “The Skulls 2,” “The Snow Walker,” “Species 3” and “Just Friends.” His television credits include roles on “Manchester Prep,” “Dawson’s Creek” and “Dead Like Me.”

On stage, Dunne has performed his one-man show “Safe Place” at the Alley Workshop Theatre in Toronto, as well as at the Writer’s Week Festival in Listowel, Ireland. He also plans to perform his second one-man show titled “B Movie Messiah in the City of Oblivion” in Los Angeles later this year.

Our intrepid reporter Linda Craddock was able to sit down with Robin and talk with him about “Sanctuary,” which also stars Amanda Tapping, Emilie Ullerup, Christopher Heyerdahl and Ryan Robbins. The show airs every Friday on the SCI FI Channel at 10/9C. The interview took place at a busy local Toronto cafe so please forgive some of the minor background noise.