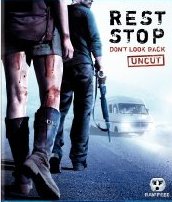 Straight to video horror is a lucrative product. With gore, itâ€™s very easy to turn a small budget into something huge, of course that all comes back to the script. If itâ€™s too epic and sprawling, your money is spread thin. If itâ€™s relatively contained, like Rest Stop: Donâ€™t Look Back, then you actually find your money well spent. While the story might be relatively plodding and confusing, having something to do with Indian burial grounds, this straight to video sequel manages to put its money to good use: Lots of coverage and lots of gore. 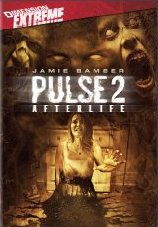 Of course with how cheap straight to video horror can be, just because they will be profitable for investors, doesnâ€™t necessarily mean theyâ€™ll be good. Pulse 2, a sequel no one wanted or asked for, is here, and like the first film, it still doesnâ€™t have a pulse.

What made the first flick halfway interesting, aside from the gorgeous Kristen Bell, was the scope of the picture. Watching society fall into chaos because of ghosts in the machines was fascinating, and you canâ€™t tell me that watching that plane fall out of the sky wasnâ€™t cool. Pulse 2 is lacking in both the babe and grandeur department, relying on the weak story of the series to carry it through.

With mediocre special features and a weak transfer, which makes the already digital looking film seem even blander, itâ€™s obvious that Dimension Extreme was relying on the title to carry DVD sales of Pulse 2. If youâ€™re still curious, click below to enter to our contest, so you can see the disaster for yourself! 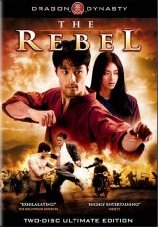 Asian writer/director/star combo, the Nguyen Brothers, mix classic Hong Kong cinematic action with a fantastic, period piece in The Rebel. Set against the French occupation of Vietnam, The Rebel, was an independently financed, family production and it kicks a heck of a lot of butt. The story is filled with international intrigue, a fantastic love story, and heartfelt dramaâ€¦.and the action is fantastic! A true Dragon Dynasty surprise that seemingly came out of nowhere, the 2006 import is definitely worth a look for fans of pulse pounding, Asian action. 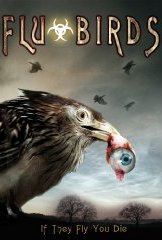 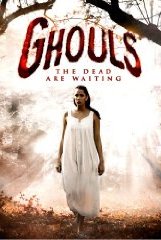 SCI FI Channel original movies come home [to DVD] this week, and each are as stupid as they are not terrifying. Flu Birds pits a group of teens against giant, killer birds infected with a flesh-craving virus. Ghouls sends Jennifer and her father off to Romania where they encounter an ancient race of creatures, ready to prey upon the living.

Each film is predictably mediocre, lacking in the writing and acting departments. Effects are decent in both, but without the story captivating the viewer both titles are really reserved for fans that love trashy, bad films.