There are many interesting sub-plots to this animated film. The action is engaging enough to keep children and adults alike interested enough to keep rooting for the good guys. 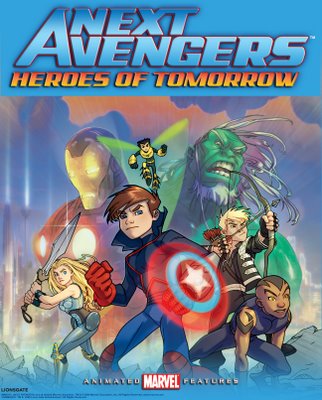 Whenever the forces of evil threatened mankind, Earth’s mightiest heroes known as the Avengers, could be counted on to stop them and make all right again. That is until a time came when the combined force of these great warriors of humanity would make the ultimate sacrifice in a failed attempt to stop their most fearsome enemy yet — Ultron, the indestructible robot. All but Thor and Iron Man would pay the price of death. Thor had already retreated to the home of the gods before the advent of Ultron, and Iron Man, a.k.a. Tony Stark, was commissioned by the rest of the Avengers to care for their young babies and to keep them safe and hidden from Ultron and its beastly machines.

Now teenagers and hidden in safety at an undisclosed and unknown location deep in Antarctica, the next generation of Avengers are called upon after one of them accidentally releases large robotic copies of their parents. Taken control by Ultron, these robotic copycats turn on the children of their original models. Now James, the son of Captain America and Black Widow, Torunn (Torilnn), the daughter of Thor, Azari, son of Black Panther and Pym, the youngest of the group and the son of Giant Man and Wasp, join forces with Hawkeye, the abandoned child of the Avenging Archer. Together, they try to free Tony Stark who has been captured by Ultron, and with the help of one Avenger in hiding, The Hulk, the children soon become a force to be reckoned with and a new age of Avengers in born.

There are many interesting sub-plots to this Marvel animated film. The most enlightening being how Ultron came into existence, why Bruce Banner (The Hulk) remained in hiding all these years when it was well within his power to stop Ultron before the robot became as powerful as he now is, and exactly what the reason was for Thor not coming to the aid of his daughter and the other Avengers offspring.

The action is engaging enough to keep children and adults alike interested enough to keep holding out hope for the good guys. Except for a few annoying moments from Pym, each character becomes acceptable as a true inheritor of their parent’s great calling of keeping the Earth safe.

Stan Lee is on hand to ensure continuity as the film’s co-executive producer. Also lending support for that same continuity was having Tom Kane performing the voice over work for Iron Man/Tony Stark. Kane is a giant in the voice acting busines having done a major part of the voices for many of the Star Wars animated sagas and games as well as other films such as the animated Dracula franchise, X-Men video games and the highly successful “Lord of the Rings: Fellowship of the Rings vidgame, starring as Gandalf. Having him onboard for this Next Avenger animated series was a real plus.

The DVD and Blu-ray edition are now available in stores or from Amazon.com.

The DVD comes with loads of extras that I found extremely entertaining, and anyone not already familiar with the story of the Avengers, will find them helpful. Also provided in the DVD special features is a first look at the upcoming “Hulk Vs. Wolverine” and “Hulk Vs. Thor.”

For the overall Slice of SciFi 0 to 5 stars — “Next Avengers: Heroes of Tomorrow” rates