Spin is the story of a young scientist trying to save humanity from the impending apocalypse of a “spin” that has enveloped the Earth amid realization that salvation may be found with the discovery of life on Mars. The novel is published by Tor books and led is the first of a trilogy. The next installment is called Axis and the third novel, Vortex, will hit bookstores in the near future.

Also making the jump from the printed page to the big-screen is Philip K. Dick’s Ubik.

The film will be produced by Hengameh Panahi of Celluloid Dreams and Isa Dick Hackett, the author’s daughter, of Electric Shepherd Productions. It is slated to go into production in early 2009.

Ubik is a metaphysical comic nightmare on death and salvation that was named as one of Time Magazine’s 100 greatest English-language novels. 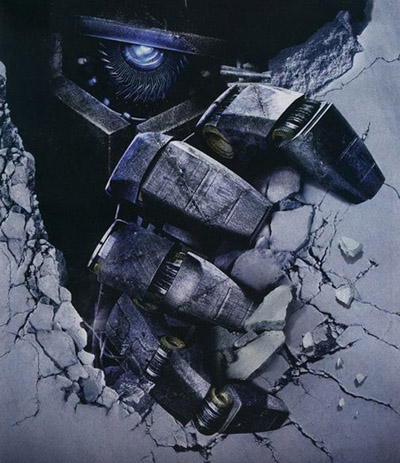 Last week, we told you that next summer’s Transformers 2 would be show in digital 3-D in select theaters. And while that promises to be visually spectacular, part of what got audiences into the theaters for the first film was the storytelling. Fans who are worried that the next installment might go for style over story can breath of sigh of relief based on comments screen writer Robert Orci made during a recent press tour.

“I think the second one will deliver on a true Transformers story,” he said. “You know, the first one, we had a limited budget for what it was. Every second of Transformer time is $1 million or whatever the heck it is. So this time, because we were able to prove, thank God, through the whole thing that it’s a viable live-action movie, we have a little more freedom this time to actually learn about the Transformers, to see them, hear them. … It’s a better balance between the humans and the Transformers.”

“We want to follow some of our lead characters, which we thought were so successful,” Orci said. “Shia LaBeouf’s character, [Sam Witwicky, was] amazing. Where is he two years later? His girlfriend, [Mikaela, played by Megan Fox,] where is she two years later? But for fans–I guess I’ll address this more to fans– … I think if you didn’t know Transformers at all and you liked the first movie, you’ll like the second one.”

Orci also revealed that the Transformers big-screen universe will expand to include new characters. He tried to remain mum on which popular characters might make the jump to the big-screen but eventually relented to reveal that fan-favorite ShockWave would be in the second installment.

“We had to get Soundwave in there,” he said.

Picardo explores the dark side

Genre-fans are used to seeing actor Robert Picardo on-screen in serious roles that have a lighter side or humorous element to them. Picardo, who played the holographic Doctor on Star Trek: Voyager and joins the cast of Stargate: Atlantis later this summer, will get a chance to show off his darker side later this year in the horror flick Sensored. Picardo plays Wade Mixon, a seemingly normal children’s-book illustrator who’s hiding a terrible secret within his suburban ranch house.’

As Mixon, Picardo got to play a character who uses that exterior to cloak some very dark business indeed. “I’m just a nerdy guy who hates his life and wants to get out of it,” he said. But, he added, “When I’m bad, I’m very bad.”

The film is currently seeking a distributor.

A nation-wide casting hunt is underway for the next live-action Scooby Doo movie reports Movie Hole. The film, which would be the third installment for the live action series, will return to its roots and be made as a direct-to-tv film.

The movie is planned as a prequel and Brian Levent has signed on to direct.

In the prequel, Daphne’s a mystery writer, Fred’s a football player, Shaggy is a school dropout; and Velma is a teen U.S ambassador for World Hunger.

All four apply for jobs at the school paper and end up solving their first mystery together. Production begins in August in Vancouver.