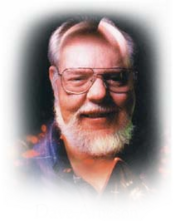 Movie Talk: On this week’s show we give you a quick rundown of all the SF/fantasy and horror films you may want to see in April. We look at “Nim’s Island,” “The Ruins,” “Prom Night,” “The Forbidden Kingdom” and “Pathology.”

TV Review: Love or hate it we have the controversial Just Terry back for his follow-up review to Season Two, episode two of “Torchwood.”

Interview: Michael Stackpole joins Mike, Summer and Brian to talk to Dave Arneson, the co-creator of “Dungeons and Dragons” (D&D). With this week’s passing of legendary game creator E. Gary Gygax, Dave’s longtime friend and colleague, he shares and reminisces about their association and collaboration on the groundbreaking RPG D&D. Dave also shares what he is currently up to in the gaming and computer industry.

Game Review: Susie the Geek takes a look at the new board game “Last Night on Earth,” the zombie game.