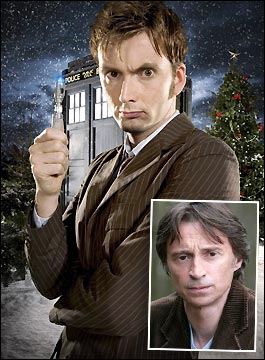 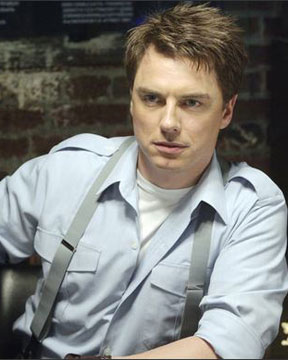 Are major changes in store for “Doctor Who” and its spin-off series “Torchwood”?

If rumors are correct, both shows could see a major face-lift in their next several seasons.

Rumors persist that David Tennant will step aside from the role as the 10th Doctor as early as next year. In 2009, the series will only produce four special episodes instead of a full season according to previous, confirmed reports. This was seen as a move to help keep Tennant in the role, due to other demands on his schedule. However, rumors are cropping up that Tennant may leave the role during one of the special episodes early next year.

Speculation has it that British actor Robert Carlyle, best known for his work in “The Fully Monty,” is in negotiations for the role as the 11th Doctor. Filming of next year’s specials is currently under way, though little is known about them beyond that.

This rumor goes contrary to reports from those close to Tennant, who say the actor is enjoying the role and planned to stay until the end of the fifth full series of the show in 2010 before re-generating. However, the rumor does support statements made earlier by upcoming companion Catherine Tate, who said that Tennant was leaving the role at the end of the fourth series.

Meanwhile, it appears that the good Doctor may not be the only show getting a face-lift. The hit BBC-series “Torchwood” could get a dramatic cast overhaul as well. The BBC has been airing a more family-friendly version of the show on BBC-2 during season two and some see this as a tryout to see how the series would fare as a more family-friendly venue. So far, the ratings have been solid for the family-friendly repeats of the adult-oriented sci-fi drama.

While “Torchwood” hasn’t been renewed for a third series yet, five episodes have been commissioned and according to unconfirmed reports, there is a push to make it oriented for family viewing. Most of the regular cast including John Barrowman, Burn Gorman and Naoko Mori have been written out of the show, though Barrowman would still be around to make guest-appearances in the third series. Eve Myles remains as Gwen and Freyma Angeman would join the cast full-time as Martha Jones. The move could be one to court the “Doctor Who” audience while the series produces only specials for a year.

It should be stated that all of this is speculation and rumor at this point. Beyond the fact that the BBC has commissioned “Doctor Who” into 2010 with the specials in 2009 and the fifth series is 2010, none of this can be confirmed. Also, rumors of Tennant’s departure have cropped up in each of the past several season of the hit show, so it could just be more of the same. Until we can confirm these stories as fact, we strongly suggest you take all of this with a grain of a salt.