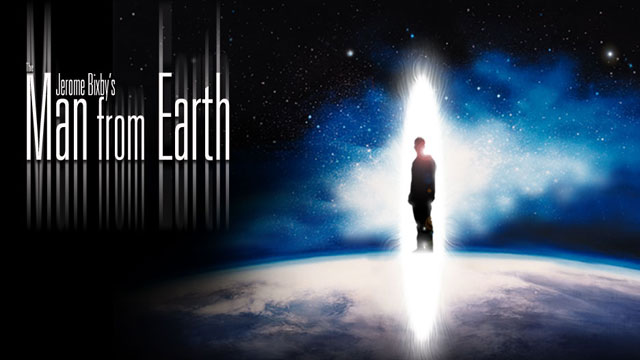 In The News: All Star Trek, all the time —

Movie Talk: “Cloverfield’s” debut date is quickly coming upon us (Jan 18, 2008) and we take a look at the film and speculate on whether or not viewers will ever get to see the big bad monster. The biggest competition for “Cloverfield” is a new little film that reminds us of “Free Enterprise” in that it is a real geek-fest. We’re talking about the hilariously funny road flick “Fanboys.”

Special Segment: Welcome to Masterpiece Arcade and your host Allister Bushner as he brings us another of Shakespeare’s great monologues lovingly translated into the proper Geeks English.

TV Talk: Back in September we did an interview on our Website with Steven Long Mitchell and Craig Van Sickle. We were talking with them about the upcoming “Tin Man” miniseries, which they wrote. They then dropped a bomb on us saying they were looking to bring back another of their past shows “The Pretender. Now after 3 months of silence the duo gives us an update on the progress of bringing “The Pretender” back.

ABC is doing something unique in movie theaters across the country in presenting their TV schedule and programs to light. Updates on “Lost” and “Jericho” are given as well.

Interview: Producer Eric Wilkinson and Director Richard Schenkman talk to Mike, Summer and Brian about their exciting new SF film “The Man From Earth.” Sam, our news director, highly recommends this film to all our fans. Wilkinson and Schenkman describe this beautiful film from the pen of the late Jerome Bixby, who wrote some of the best classic Trek episodes. Starring in this film are a load of Star Trek alum including John Billingsley, Tony Todd, David Lee Smith and sci-fi veteran William Katt.

Future Talk: The film “The Secret of Moonacre” is based on the award-winning children’s story “The Little White Horse” by Elizabeth Goudge. For our second future film, we must first give everyone listening our sincerest apologies. Yes, there are plans to release “Ace Ventura 3” and Jim Carrey won’t be in it. Think “Son of the Mask” and you will get an idea about how bad this movie could turn out.

SAVE DRESDEN – Send in those drumsticks (not the chicken kind) to SCI FI Channel and save Harry from cancellation hell!

Links:
Star Trek Online Official Website & Wikipedia description.
Help those you don’t know who could really use your help at Kiva.org.