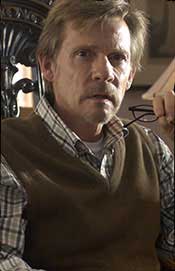 Movie Talk: Movie audiences get to choose between Apocalypto and Blood Diamond

Voices: Trampas Whiteman of The Signal podcast gives us his own deeper personal take on the Battlestar Galactica vs Star Trek “battle”. How many fandom crossovers can you fit into one short segment?

TV Talk: Both Stargate SG-1 and Atlantis fans will have to wait until April 2007 for new episodes to begin airing, rather than the previously announced March 2007 restart date.

This will be SG-1’s final showing with all new episodes after a landmark 10-years of new programming. The series started out on Showtime then moved to the SCI FI Channel, where it grew in popularity becoming the longest running scifi show in American television history.

SG-1 will run its final 10 episodes on Friday nights when it returns and Atlantis will begin its final 10 shows for season 3. Atlantis, the SG-1 spinoff series, will return in June of 2007 for the beginning of its season 4 with major casting changes.

Interview: This week, Michael and Summer talk to veteran actor Dennis Christopher (Chariots of Fire, Profiler, Angel, Deadwood) about his role in SciFi Channel’s latest winter miniseries, “The Lost Room”. Dennis portrays medical examiner Dr Martin Ruber, who initially helps out Detective Joe Miller (Peter Krause) but develops motives of his own for the objects in The Room.