On This Week’s Show: SF on TV, and Sci-Fi to Sci-Fact 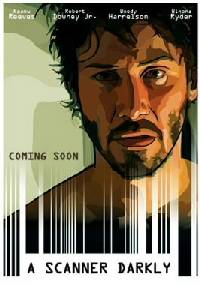 Movie Talk: The upcoming adaptation of PK Dick’s A Scanner Darkly (starring Evo’s favorite actor of all time) and tripping into paranoia is discussed

What’s Coming Up in the Future: Bloodrayne release date moved, possibly to avoid too much competition from other genre films released around the same time