Original full story entitled “Is the ‘Trek’ Over?” by: Joal Ryan
Edited by: S.K. Sloan

In an E-Online interview on Friday May 13, 2005, Eugene [Rod] W. Roddenberry, son of the famous Gene Roddenberry – creator of Star Trek – stated that, “Star Trek will never die. It’s a cash cow for Paramount.” 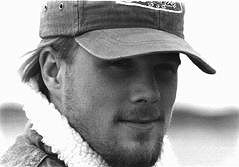 Rod has had no direct involvement with the Star Trek: Enterprise series and is currently working on a documentary titled, TREK NATION. This film will focus on his creative father and the forty year impact that Star Trek has had on its fans and our culture.

Rod doesn’t appear rattled by the demise of Enterprise and admits, “Perhaps one day, I’ll get the box set.”